The Sounds in Silence

The Art in Horse Series: How Horses Help Humans Become Their Own Masterpiece

Lovingly re-shared after original publication in the
Horses in Art Magazine published by the wonderful Davina Andre.

Horses have inspired artists throughout the ages and in turn, those of us who look upon their art are captivated by the beauty and majesty of the horse. The cave drawings in Lascaux, Leonardo’s sculptures, and the finger paintings that adorn kindergarten classrooms, created by little girls who dream of being a horse.

What I want to share however, is a new way of looking at horses through stories that pay homage to the master artist in each horse. Instead of the painted, they are now the painters, transforming the at times tattered canvas of the human spirit into glowing masterpieces, alive with the colours of love, compassion and joy.

The Sounds In Silence:

This first story begins wrapped in the grey mist of a wet, west coast day. It was drizzling and overcast as I went out to groom the horses. Standing beside them in the shelter it seemed as though the world stood still. The clouds hovered atop our little mountain, shutting out the noises from far away, creating a quiet symphony of the little sounds that often go unnoticed … the drips falling from leaf to leaf, the wonderful sound of horses chewing, my own contented sigh.

While I happily brushed away, the horses ears pricked forward toward the house, letting me know the car I’d been waiting for had arrived. Walking across the lawn to greet our guests. I glanced skyward, hoping to see a break in the grey. As I did, the silence of the mist shattered as Matthew emerged from the car.

Matthew was a young boy from a school I worked at as a counsellor. I met him for the first time in early September while I was out on playground supervision. I heard screaming, then turned to see Matthew burst forth from behind the school. He was on the run and right behind him followed his ever loving support teacher.

He smiled as she wrapped her arms around him and they carried on toward the playground. Matthew had autism and running off at random was a concern for us all. It was hoped that if he could develop more of a relationship with the people and places in his life, he would run away less, and respond to people more. We talked with his family about animal assisted therapy and they thought bringing him out to meet the horses would be a wonderful idea.

Once Matthew was out of the car, Guinness, our English Mastiff went over to greet him.  Matthew was mesmerized for a moment by the drool. Ever patient and kind, Guinness allowed the poking fingers to grab at his mouth. The moment ended as quickly as it began as Matthew made a dash toward the front of the yard. We watched as he turned around, looking for pursuers, but because there was no risk of him running into traffic, the staff and I thought we would let him enjoy his gallop and observe what he’d do with all the space. Bubbling with excitement, Matthew broke stride when we called out, “Where is Guinness?” “Let’s go pat Guinness.” One of the support teachers began to jog toward the dog, inviting Matthew to follow. He decided instead to continue his runabout, vocalizing all the while.

When it came time to introduce Matthew to the horses, he was unaffected by their size, and except for the brief drool moment, the yelling had yet to stop. I wondered silently if there would be anything here for him, and mid-thought, Grace, our Tennessee Walking Horse and queen bee of the herd, walked right up to him and put her nose to his head.

Matthew kept his head bowed while Grace whiffled his hair.

We lifted Matthew into the saddle. Side walkers took their positions and we walked across the lawn. The only sound we could hear was Grace’s footfall on the wet grass. As we carried on with our walkabout, I started to hear a hum. I looked around to see where it was coming from and caught the eyes of one of the support teachers. We both looked up.

There he was, sitting atop this rolling sea – for when Grace moves out it is like riding an ocean swell – with a smile on his face and a song in his heart. When we stopped he leaned forward and put his hand on Grace’s neck.

Once again, the land was wrapped in silence, but this time the silence was filled with the sound of connection, the meeting of two hearts, one belonging to a boy and the other to a horse. The mist began to thicken, enough to form a drop or two of water on the face of each adult. We stared in wonder as Matthew stroked Grace’s neck and as we lifted him down from atop her back, he remained smiling, all the way to the car.

I waved goodbye as the car backed downed the driveway. The fairy tale ending to this story would have me tell you of how the skies opened up as they drove away, revealing a brilliant rainbow arching across the land but the skies in fact remained grey. What was alight with colour, was Matthew’s smile, as he glanced out the window toward the horses.

Written with Love by Sandra Wallin

Our Pro-EFW Membership and Certification Renewal Year is from April 1 to March 31.

Certification candidates must renew their $40 Pro-EFW Membership yearly as they work through the certification process.  Click here to become a member and/or to renew.

To apply for certification click here and you will be prompted to pay both the certification application fee and your Pro-EFW membership.

The Certification Portal is accessable to Pro-EFW Members who have previously purchased their certification application and are working through the Pro-EFW Certification Process click the button below to access the portal.

To purchase the certification application 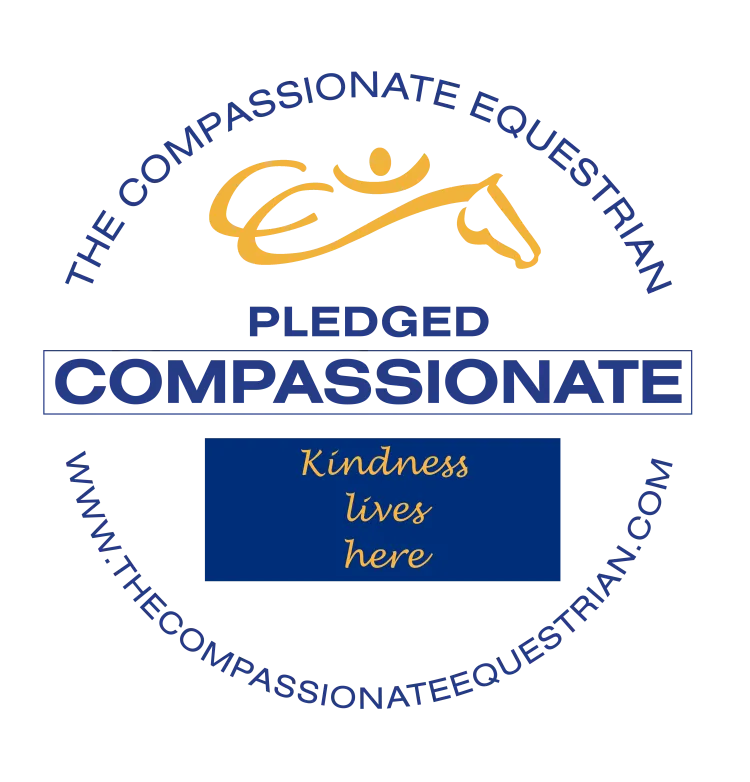