SABLE ISLAND: The Smile of the Atlantic 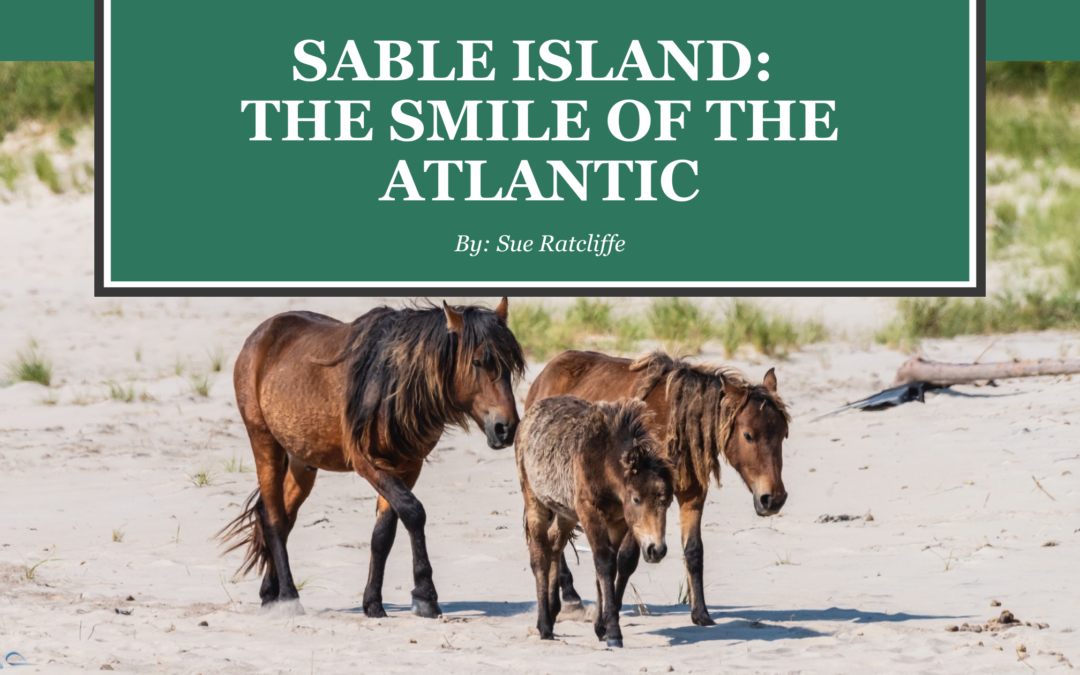 SABLE ISLAND: The Smile of the Atlantic
By: Sue Ratcliffe 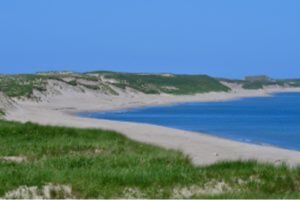 Sable Island is located about 300 kilometres off the southeast coast of Nova Scotia. It is a narrow, crescent-shaped sandbar, ~42 kilometers long and ~1.5 kilometers across at its widest point, giving it the name “the smile of the Atlantic”. The island’s extensive beaches, shifting sand dunes that change year to year, are home to the world’s largest colony of grey seals, and freshwater ponds that sustain rare plant life. Plants, birds, and insects have adapted to life on Sable, some of which are found nowhere else on earth. Several bird colonies are resident there including the Ipswich sparrow which breeds only on the island. Sable is the most hurricane-prone part of Canada, the foggiest spot in the Maritimes and is prone to intense fall and winter storms, frequently making travel there difficult. The only way to get there is by air or by sea. 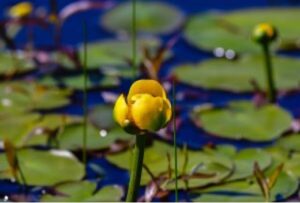 In May 2010, the federal government announced that protection of the island would be transferred from the Canadian Coast Guard to Parks Canada and Sable Island officially became a National Park Reserve on June 20 2013.

For years people have been entranced by tales of Sable Island and passionately drawn to the horses that have long lived there. These famous horses lend a near mythical and ethereal quality to this elusive island whose allure is pure and magical and has long kept us captivated and spellbound.

The Sable horses descended from horses brought by Bostonians and Acadians, released on the island in the late eighteenth century and soon became feral. Additional horses were later transported to the island to improve the herd’s breeding stock; intended to be used as working animals for the island’s farms. Farming on the island ended in 1961 but the horses survived, learned to adapt to the island’s harsh conditions and since then, have been genetically isolated. The horses are small, vary in colour but tend to be darker in color. The herd is unmanaged, constantly exposed to the elements and shifting landscape, surviving off the wild marram grasses that grow in the sand, supplementing their food intake by eating various other plants, such as beach pea, sandwort, and algae that washes up on the beach. The horses have no predators on the island, live free and peacefully without fear of being attacked.  Like other horses that live outside during cold weather, the horses grow thick, woolly coats. They have learned to search out protection, generally in groups, in the hollows between the sand dunes during nasty weather. On the western half of the island, the horses drink from the freshwater ponds, and eat the grasses and plants that grow in the fresh water. On the eastern half, there are generally no ponds, and horses access the groundwater by digging shallow wells in the sand. 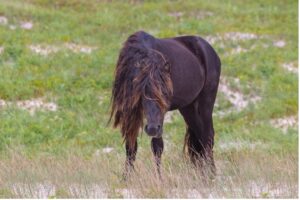 The genetic structure of the horses is very different from any other breed or population of horses, reflecting forces of natural selection and genetic drift that have influenced the population for over 250 years. These horses have adapted remarkably well to their harsh environment.

The island is currently home to over 500 horses and are protected by law from human interference as by the 1950s they were in danger of extinction from roundups. Historically, the horse population has fluctuated between 150 and 250 horses.  Since their protection in 1961, the population has been slowly increasing; in recent years fluctuating between 450 and 550. The horses live in small family bands, which include a dominant stallion, one or more mares and their juvenile offspring. Males often remain solitary or form groups with other males (without mares) or younger males.

The number of births and deaths vary from year to year, with an average of 76 foals born and 64 horse deaths per year (based on data gathered). Most mortalities occur in the late winter and early spring, when lower food availability, combined with wet, windy, and cold weather poses challenges to the horse, which is not uncommon for many wildlife species. 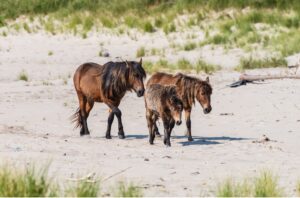 The unique landscape, the history and the wild horses have made Sable Island an iconic place in Canada. It is a horse lover and photographer’s dream. Each day there is a magical adventure as you drink in the beauty of the landscape and sit with the wild horses. You are experiencing the wildest and most remote island in the world. Wild and natural Sable Island ..… live your dreams and visit the island that fables are made of.